Farmers Benefit from Awareness Campaign on Proper Use of Pesticides

Farmers Benefit from Awareness Campaign on Proper Use of Pesticides 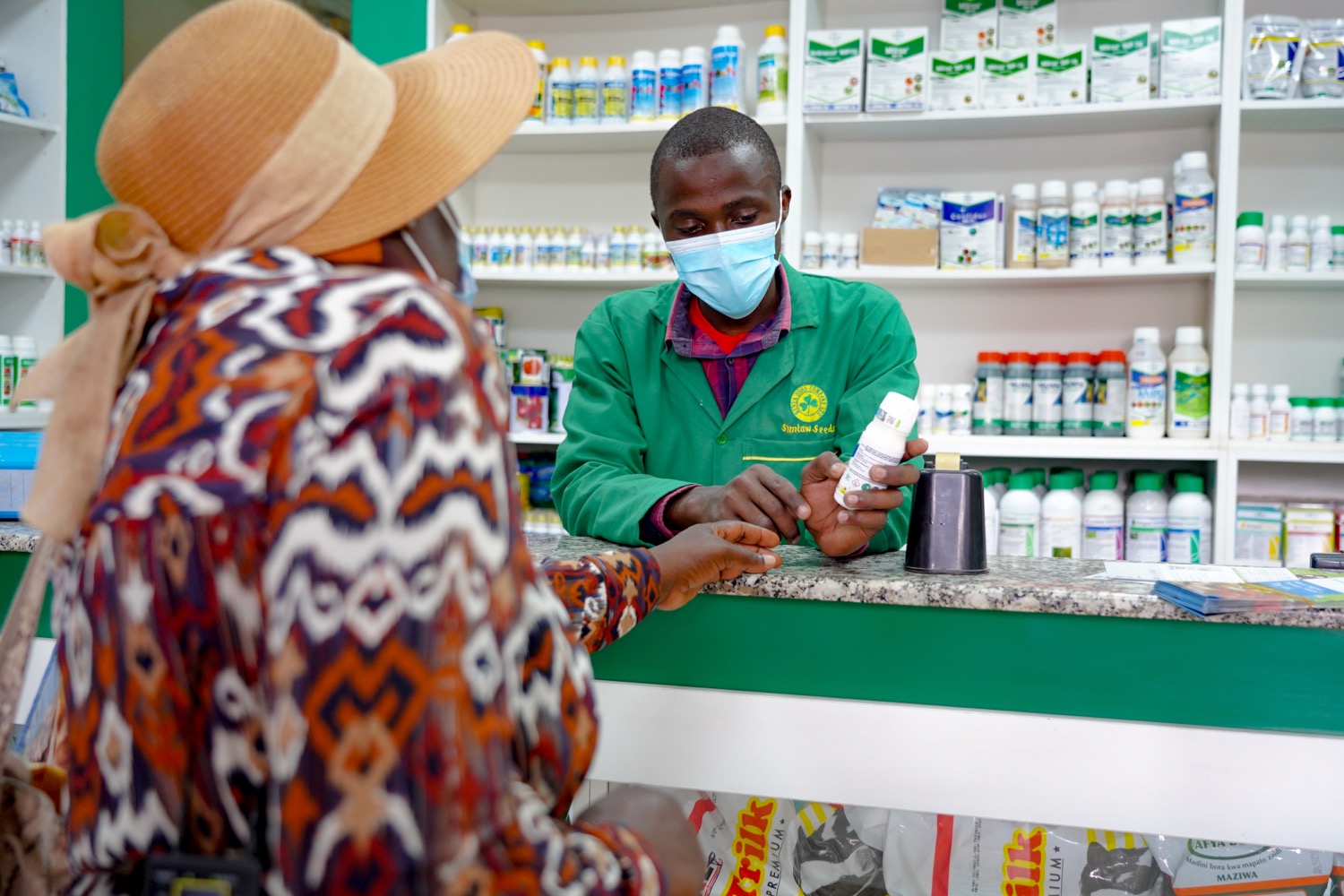 On an afternoon in Gachoka, Embu county, Agnes Kariuki tenders or her heavily flowered mango trees.

She is pregnant with hope of a bumper harvest, better sales and increased income, from the same trees which she had almost given up on a few years ago.

Like many farmers in the region, she had been a victim of pests like mango fruit fly and weevils and diseases such as powdery milder among others. This discouraged them from mango farming with some uprooting trees and burning charcoal.

At Rwika village, same county, Job Njiru also attends to his farm where he grows mangoes, vegetables such as tomatoes, keeps poultry on a large scale and rears dairy cows.

He too has been slowly diverting his farming time and attention from mango, to focus on other lines along the same venture.

However, he is now paying more attention to mango production and is optimistic that this agribusiness line will regain its glory and earn him and other farmers good income.

Both Agnes and Njiru are some of the farmers who have benefitted from a one-year campaign on proper use of pesticides.

Under the slogan ‘dawa bora mazao bora’, the campaign is geared towards increasing awareness and influencing practices and attitudes on issues around pesticides.

In Njoro, an agro-dealer conspicuously displays posters that carry several messages on various subjects around proper use of pesticides.

Among the messages targeted to farmers are on where to buy pesticides, how to transport, store, spray– including need to wear proper protection gear, need to read label and follow instructions, proper disposal of containers and others.

Agro dealers were among other interventions, sensitised to sell only authorized and licensed products and shun to stock products which are banned in the country.

The main target audiences of the awareness campaign were both farmers and agro dealers, with the aim being increasing their knowledge and influencing their attitudes on matters pesticides use.

Although MARKUP Kenya is designed to reach out to stakeholders in 12 counties, this campaign reached out to more, as it was done through media houses which have national-wide reach.

“The more farmers and agro dealers we reach, the better for food safety and market access which in turn will lead to a healthier and wealthier nation,” says Christine Misiko the Knowledge Management and Communication Expert for MARKUP Kenya.

The campaign, she adds, reached out to more than six million people across the country, through both traditional and digital media platforms.

Food safety, Christine notes, is everyone’s business starting with producers who are the initial handlers of the same, before it gets to others along the chain and finally reaches the end users-consumers.

This calls for vigilance in informing farmers in a bid to influence their behaviors and attitudes. Agro dealers are also key as they interact with farmers directly while selling them pesticides and other farm inputs.

“Let the agro dealers not just focus on making money, but also have in mind the food safety aspect while doing business,” says Christine.

While MARKUP Kenya has been having other activities such as training farmers on issues such as group dynamics and good governance; and global Good Agriculture Practices (GAP), the campaign on proper use of pesticides has been rather impactful, according to Paul Kiige, sub-county agriculture officer for Mbeere, Embu.

While many farmers are often aware that they need to use pesticides, they are barely aware on the right ones, for what time and which challenge.

Kiige notes that some farmers are often unaware or ignorant of the need to wear proper protective gear and dispose containers properly, with some re-using them for kitchen ingredients such as salt and sugar.

He urges farmers who are uncomfortable with spraying their crops to seek assistance from authorized service providers, saying that although it would cost them a little money, it is a way of ensuring ‘professionalism’ in undertaking the task.

After receiving messages especially through Short Messaging Services (SMS), he noted, many farmers have been sharing to their peers during groups meetings and in forums such as religious gathering.

He called for more trainings not only among farmers but also agriculture extension officers who he noted work closely with producers.