What Farmers Need to Know about Pesticides Use

What Farmers Need to Know about Pesticides Use 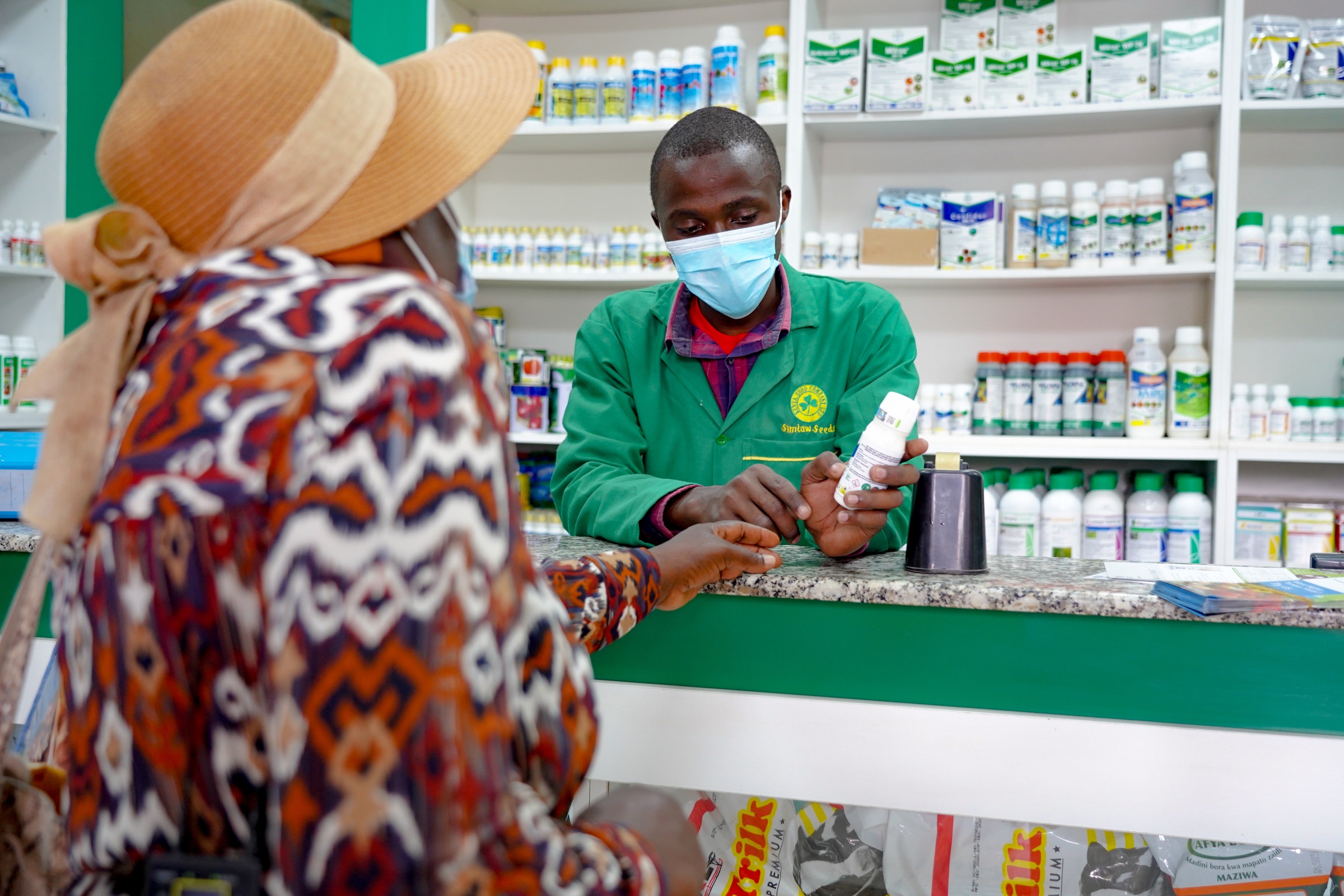 The skies are getting grey and the planting season is around the corner. It is obviously a busy season for agro dealers as well as farmers as the earlier sell and the later buy farm inputs.

This comes at a time when the EU-supported MARKUP Kenya program has been running a campaign to create awareness on proper use of pesticides. Under the slogan ‘Dawa Bora Mazao Bora’, the campaign targets farmers and agro dealers.

We spoke to Eric Kimunguyi, the CEO of Agrochemicals Association of Kenya (AAK) on what farmers and agro dealers should know especially ahead of the anticipated March planting season.

One of the key issues is land preparation. What should farmers pay key attention to?

Those farmers who want to till their pieces of land must do it early enough so that weeds can dry and soil can be heated to ease germination.

Farmers who have adopted zero tillage technology, should also do it in good time. We especially champion for zero tillage as there is no disturbance to the soil, and this enhances moisture retention.

Farmers should also use certified seeds as they are more productive compared to saved seeds.

It is also important for farmers to understand their soil in relation to the crops they want to plant. Soil testing is very important as it informs farmers the minerals and nutrients which need to be added in order to optimize the health of their crops as well as production.

Like in other sectors, use of technology is key in agriculture. What are some of the technologies available for especially for smallholder farmers?

Some technologies like zero tilling are simple and easy to adopt, if farmers only adhere to trainings which we and other partners offer. Some farmers burn bushes to clear land before tilling. Unfortunately, this leads to loss of vital organisms and loosens soil thus causing erosion. On the other hand, zero tilling helps in building up organic matter.

Farmers also need to adopt precision technologies for example use of treated seeds which are guarded against diseases and pests thus optimizing germination.

Additionally, they need to use digital platforms in keeping themselves informed on key issues like weather predictions, market dynamics among others.

Some of the other available technologies include crop insurance and inputs such as fertilisers and seeds.

One key thing which farmers have to consider is Pesticides use. What is your advice about this?

Before Buying Pesticides; Farmers need to first know which crops they want to cultivate for the season as this will inform which inputs they will purchase, including pesticides.

Ask yourself if you really need to use pesticides. If you have already planted and noticed pests, scout to see how spread they are. Consider Integrated Pests Management (IPM). While going to purchase pesticides, consider the stage at which the pest is, and carry a picture or the real pest to the agro dealer’s shop.

Consider the farm size for which you can afford to sustain the need of pesticides and other inputs. Do not for example, insist on growing your crops on a four-acre piece of land while you can only afford inputs for two acres. It is better to optimize production on a lesser piece of land than use less inputs on a bigger piece, thus compromising on production.

Buy the amount of pesticides that you need to avoid left overs. Check the label for expiry date. The further the expiry date from the date of manufacture, the better.

Where Should Farmers Buy Pesticides?

Buy pesticides from authorized agro dealers. Do not purchase from unauthorised sellers, most of who hawk the pesticides around. Do not necessarily go for what is cheap and easily accessible. Go for quality. Actually, ask yourself why the cheap is lowly priced.

Agro Dealers are Anticipating a Busy time, what is your Advice to them?

The work of agro dealers is very important as they interact directly with the farmers. If they misinform farmers, the blame unfortunately goes to the manufacturer. Educate and advise farmers appropriately. Do not confuse them.

Do not exaggerate prices as this will keep off customers. Stock early, stock enough and do not overstock as you may end up with dead stock. Do not sell counterfeit pesticides.

AAK is among the partners who have been working with UNIDO MARKUP on a campaign on proper use of pesticides. What is your rake about this campaign?

The campaign is timely and very important. I thank all partners and I believe we shall together achieve the goal of informing, educating and influencing change among farmers and agro dealers.

Food safety is everyone’s business from the farmer to consumer, and each one must therefore play his/her role.

I urge farmers to engage spray service providers within their areas. I also caution farmers against being carried away by politics considering that it is an electioneering year. Let them remember that the nation depends on them for production of safe food.