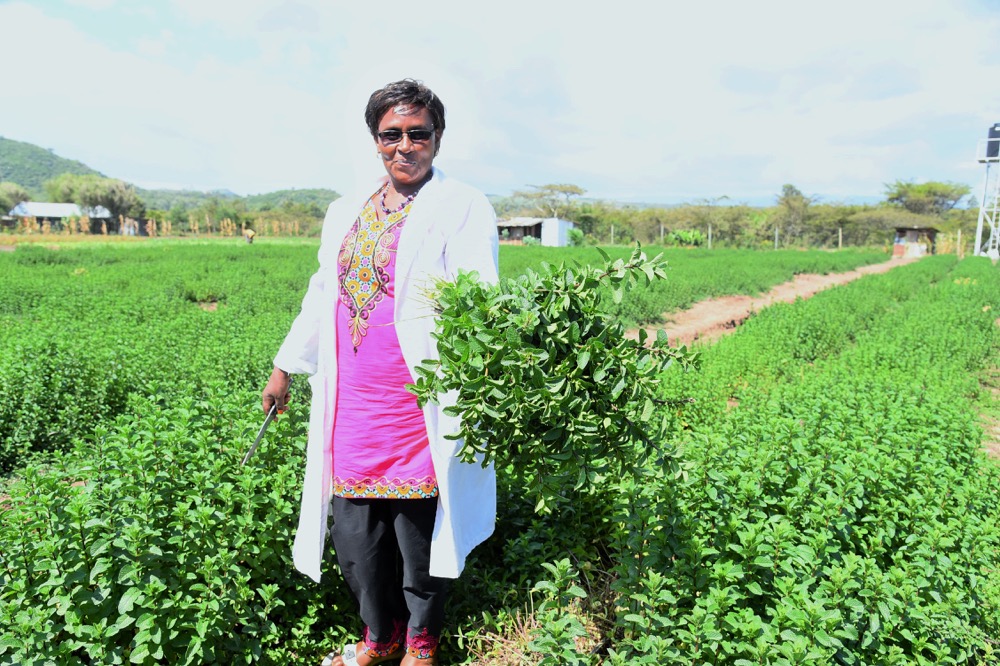 On a late afternoon at Mbegi ya Akorino village in Gilgil, Nakuru county. Regina Nderitu is bee busy, scouting at her mint plantation.

A retired teacher, Regina is hopeful for a bumper harvest for this herb, which she has been growing for the last one year.

Her farming journey though, dates two years ago, when she started growing various indigenous and exotic vegetables including black night shade, purple cabbage, lettuce, among others.

However, she found the growing vegetables to be work intensive, especially because she had to be at the farm almost daily.

“Vegetables are also expensive to grow because there is so much labour demand, unlike mint which requires just weeding and a little more of tendering,” says Regina

In a bid to learn about herbs farming, Regina toured several herbs farms, where she learnt not only by listening, but also observing what they were doing.

She then bought her initial seedlings from other farmer and a private company, which specializes in seedlings propagation.

Regina grows mint a one acre piece of land, but hopes to expand to the whole farm, by diversifying to other herbs like dill, thyme, chives, coriander, among others.

She hopes to be among the farmers who will benefit from a European Union – funded project which will be promoting competitiveness and market access along the herbs and spices in Nakuru County.

“I look forward to be trained through this project, to network with other like-minded people and to be linked to markets both locally and internationally,” says Regina.

Every year, on October 15, the UN International Day for Rural Women is marked, with an aim of highlighting rural women’s role in food production and food security.

“MARKUP project is deeply committed to support women so that they can become part of the agriculture  supply chain,” says Maina Karuiru, the Project’s National Coordinator

Women, Maina adds, form the bulk of labour providers in the agriculture and horticulture sectors and will therefore need empowerment so that they can improve their income.

Says he, “When we involve women in agriculture, we are going to enhance stable families and create a healthy nation,”

Call for Women to Participate in Agribusiness

Nakuru County Executive Committee Member (CECM) in charge of Agriculture, Livestock and Fisheries Dr Immaculate Maina calls on women to come out of their comfort zone, and build the nation through Agribusiness.

MARKUP project, she adds, will give Nakuru county and opportunity for crop diversification. This is especially because, many farmers in this area are known to concentrate on dairy, potato and maize farming.

Women and youth, she adds, have an opportunity in herbs farming, especially because one does not require a big piece of land.

Dr Immaculate hails the EU, for funding the MARKUP project, adding that she was optimistic that after its implementation will be impactful especially to the women and youth.

Through the project, beneficiaries most of whom will be women and youth, will benefit through training, networking and market linkages.