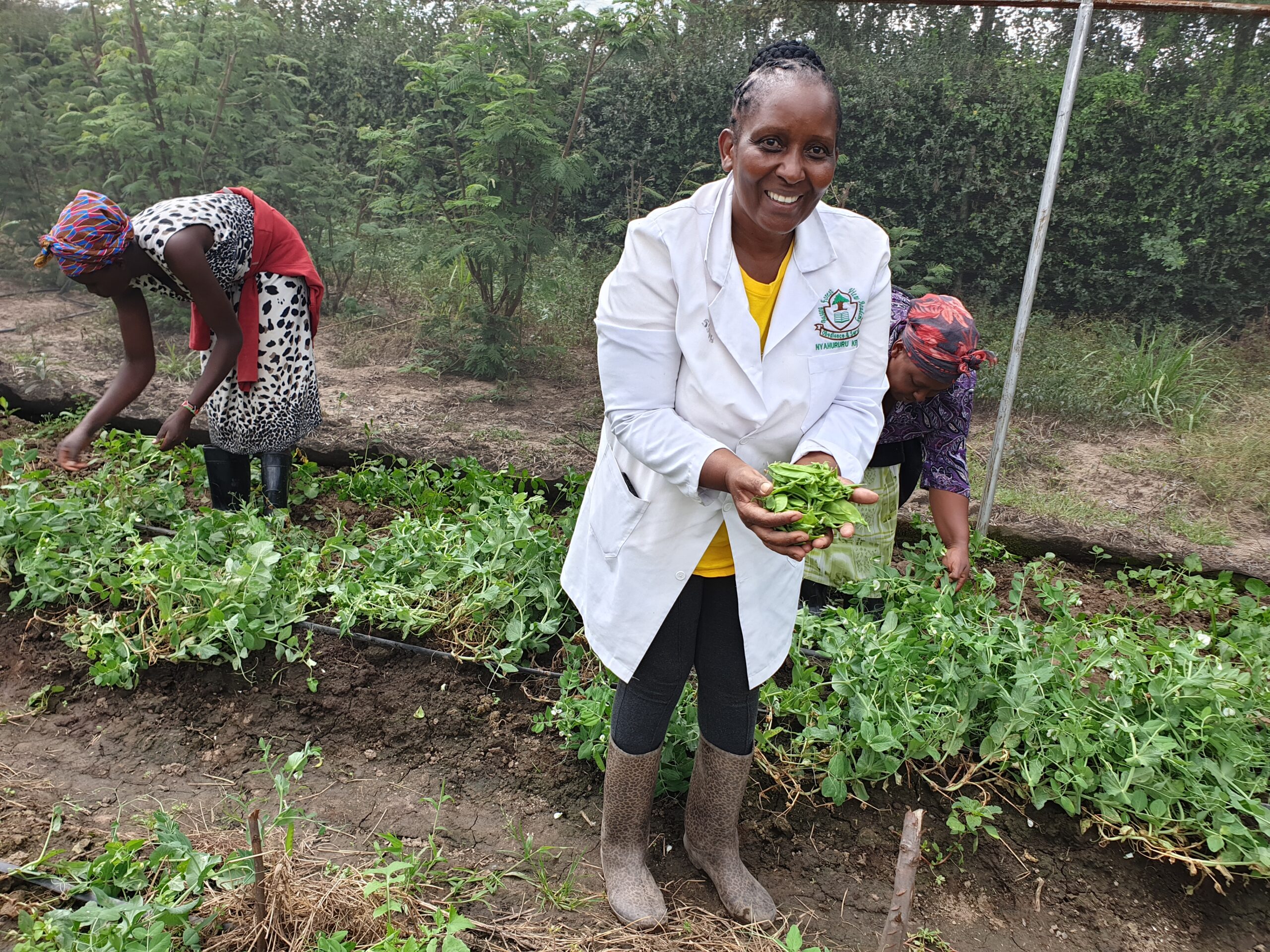 On a sunny afternoon at Pipeline in Nakuru, Sicily Karimi is joined by some of her farm workers in harvesting a ready snow peas crop.

Today though, the harvest is not for the market, but for her own family’s consumption.

She supplies fresh produce to hotels and supermarkets in Nakuru, but has decided to be a consumer for some produce, which she traditionally was not consuming at family level.

“I have realized that snow peas are sweet and nutritious, so I have started consuming them at household level,” says Sicily

In a country where this crop is mostly grown for export, Sicily says, she has enough space to grow in bulk, but has no linkage to the export market.

She solely depends on the local market, whose demand and price are both low.

Sicily is among farmers who are looking forward to market linkages both locally and internationally.

The European Union (EU)-funded Market Access Upgrade Program (MARKUP) seeks to promote competitiveness for produce such as snow peas in the local and international markets.

MARKUP is implemented by the United Nations Industrial Development Organisation (UNIDO) in partnership with the Kenya government and private sector.

Says she, “I am looking forward to interaction with the MARKUP because this will give me an opportunity to network with experts, other farmers and probably potential clients,”

In Nakuru County, the project focuses on snow peas as well as herbs and spices value chains.

For snow peas and French beans value chains, MARKUP will support the production and marketing systems to accelerate industry growth.

Additionally, the project will strengthen the capacity of farmer and marketing associations to structure the industry to meet the competitive standards for the EU and East African Community (EAC) markets.