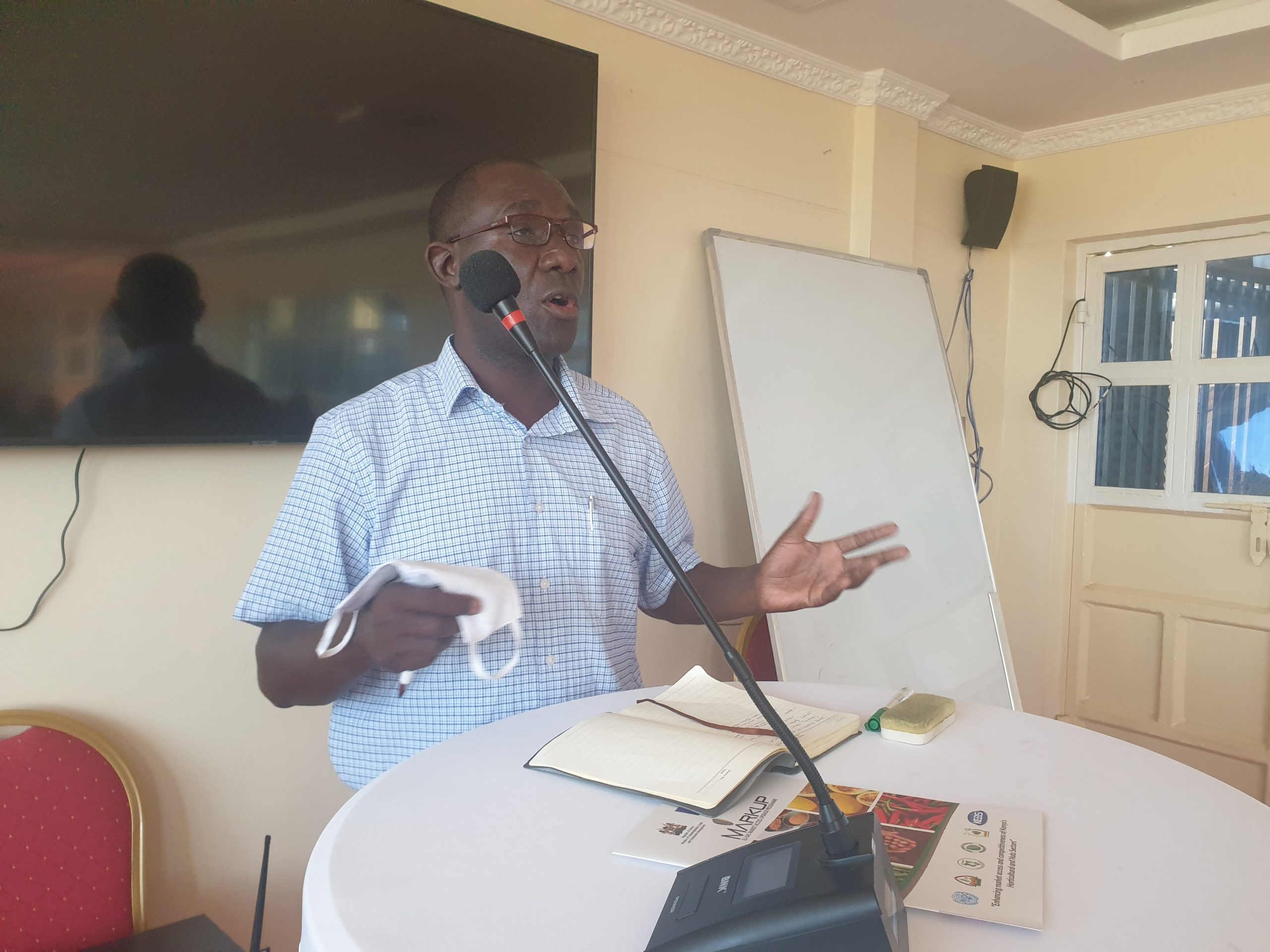 However, these farmers can be able to secure and sustain markets if they work together. They need to work in groups so that they can enjoy economies of scale and other benefits that come with working jointly.

In groups, farmers would be able to set standards of production and other operations as required by their intended markets and therefore ensure production of quality produce.

Still, they can be able to aggregate produce in order to meet needs in terms of quantity.

The initial trainings have been carried out in Trans Nzoia, Bungoma, Busia, Siaya and Homa Bay counties. Further trainings will later be carried out in other counties in which the project is implemented, including; Nakuru, Kajiado, Uasin Gishu, Machakos, Makueni, Taita Taveta and Embu.

“There are many markets for your produce, but you can only sustain them by working in groups,” said Maina

He encouraged young people to embrace agribusiness as a way of earning income and contributing towards access to safe food.

For passion fruits, Maina noted, the program will not only focus on market access, but also pests, diseases and clean planting material after MARKUP Kenya found these as some of the major challenges facing this value chain.

“We will work with tree nurseries operators and train them on how to produce clean planting materials so that farmers can access seedlings which are resistant to pests and diseases,” said Maina, adding that this will be done in collaboration with top researchers from Kenya Agricultural and Livestock Research Organisation (KALRO).

Kenya has numerous opportunities in the international market arena and the government is often seeking to expand these opportunities.

This is geared towards growing the country’s economy, including the rural economies which are highly driven by small holder farmers.

Speaking to farmers’ groups in various counties, Government Representative and National Focal Point for MARKUP Kenya Tobias Okello hailed farmers for their key contribution towards the growth the country’s economy.

“The government recognizes farmers as key drivers of the economy and that is why we are working with partners such as EU to ensure we empower stakeholders in the agriculture sector,” said Okello

He urged farmers to be vigilant in exploiting market opportunities not only locally but also internationally so that they can earn more and thus upgrade their livelihoods.

Trainees expressed optimism that they would apply the new knowledge in running their groups better to thrive not only in agribusiness but also other aspects such as leadership and management.

“I now know how I can govern a group, according to the principals of governance which I have learnt, leaders should lead by example,” said Henry Watata, a farmer from Homa Bay

Another trainee, Lilian Achieng’ said she had since learnt the qualities of leaders and will apply these qualities not only in her farmers’ group, but also others in which she is a member.

“Having also realized there is a market for groundnuts, I will also upgrade production in terms of both quality and quantity,” said Lilian.

Modules covered during the two day trainings for each county include;